Subcribing will let you receive email notifications as soon as an article is posted here in the website. 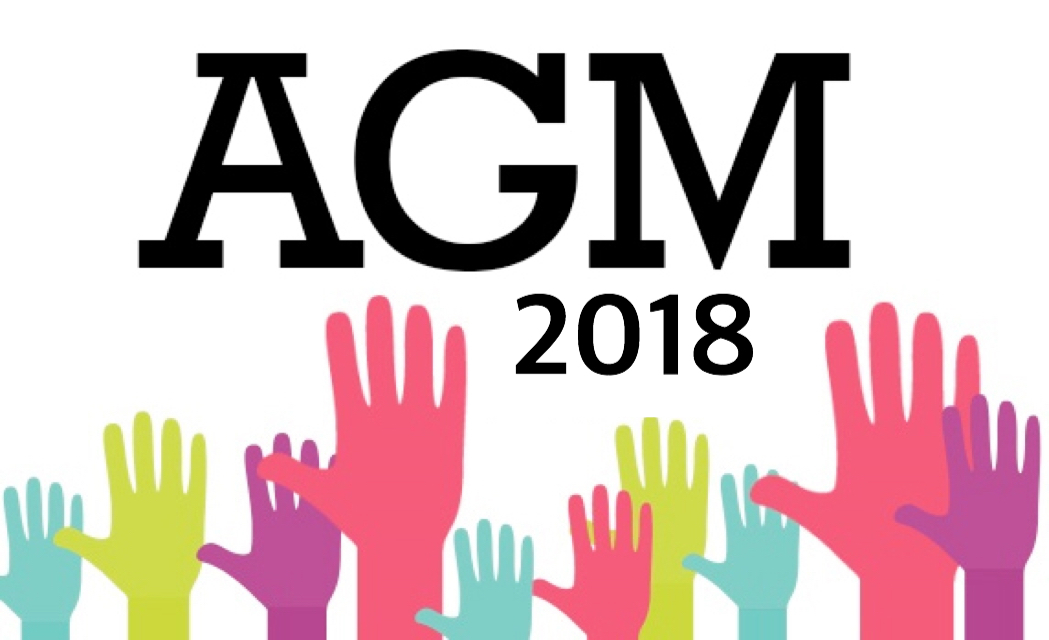 The Principal/Warden of Wilson’s Hospital , Ms Niamh McShane, was introduced by the President and thanked most sincerely for hosting our AGM. Ms McShane welcomed those in attendance and said it was nice to re-engage with friends from the past.  Wilson’s Hospital is a school that caters for students from a wide area.  She thanked the PTA in the school for organising the meeting and for all their support to the school in general as she said it ‘takes a village to raise a child’.

President’s address: He welcomed the President of Npcpp – Mr Geoff Browne, President of PACCS - Rebecca Hemeryck and Secretary of  PACCS - Connie Carolan.  He explained the link with PACCS in that those of our schools which are Community Schools also come under their umbrella. He mentioned that a lot of work is being done in Npcpp in the area of Corporate Governance and it was great to have Senan Turnbull to talk to the meeting on this.  All the Constituent Bodies within Npcpp are committed to making the organisation bigger and better and support parents as is its’ aim. Directors have been involved in a lot or areas within education and have also represented parents at the Oireachtas.  Geoff Browne was asked by the President to say a few words and he mentioned how Npcpp represents all parents of all schools.  He expressed hope for the future of the Organisation.  Geoff also mentioned about the representation of Npcpp on various NCCA groups and the Teaching Council and said there is obviously a huge amount of interaction with the Department.

Senan Turnbull’s Presentation ‘National Parents Council Post Primary & Compass – Representing Parents in the future’:  He started by mentioning the ‘nuts and bolts’ of the Npcpp as an organisation saving it was founded in 1986 and comprises of the four constituent bodies – FEDS, PACCS, ETB and Compass.  The DES headed by Gemma Hussey set up the organisation He reiterated that each section needs to be represented properly.  There needs to be more on-line activity and engagement with parents.  The organisation can be a bit dysfunctional at times which can happen with volunteer organisation.  Npcpp is parents route for representation nationally.  He stated that he has been involved this year to identify where Npcpp needs to go. He has therefore looked at effective governance  by

The Department has recognised the need for a CEO and research and administration staff.  This will help with its professionalism.  The Role of Directors needs to be reviewed – more people do not make better decisions.  Need the right skill base therefore need to co-opt external directors.  Boards should look at bigger picture i.e demands and challenges and look at value for parents.  There is a need for more sub-committees reporting to the Main Board.  At present there are also people representing Npcpp who are not Directors and this needs to be reviewed.  It is hoped that the Report with his findings will be signed off during the Summer and this may have a knock on effect for each constituent body.  Obviously it is all about best practice for the organisation.  Compass is one voice representing 400/500 parents nationally.  There has been a huge amount of work done to date in trying to move both organisations forward.  Advice need to be given by professional people in the know.  Following the presentation the following questions/points were made:

As previously been a Headmaster of a school that went from strength to strength Arthur had huge engagement with Parents and students.  He was also very active on the Schools Heads Association and served on many education groups.  He now runs Godsil Education with his daughter.  He had concerns about the current Leaving Certificate as it is not working for the majority of students.  Students strengths rather than weaknesses need to be looked at as we are inclined to try and improve weaknesses rather than onus in on strengths.  When this was done with some of his students they found they were successful in an environment where they hadn’t been before.  There is so much information ‘out there’ but yet ‘old style’ is still taught. 67% of students get less than 400 points in the Leaving Certificate.  If you keep telling a student they are a’D’ student they will believe it.  The journey will take us there even if we go a different route. He believes about Assessmnet of Learning vs Assessment for Learing.  Creativity is as important as literacy.  We need to provide an environment to let our children grow.  We also don’t praise them enough.  If we focus on their strengths other things fall into place.  We should also value risk taking and individuality.    The three elements of Strength based Education

Assesment is a journey not an endpoint.  We should focus praise on effort not outcome.

A.G.M. Business:  The President thanked the Executive Committee and  in particular to Mary Lillis and Freda Yague who contacted our Schools and parents to assemble a list of contacts.  Thanks too to the Treasurer and Secretary and also to Shane Bennett and Patrick Empey for all their work in relation to the Npcpp Governance Report.  Our new website is now up and running and it is hoped to develop the social media side of it. Chatter Creators will manage the site as trying to do it on a voluntary basis before didn’t work before.  If any PTAS have information they would like to put up on the site please contact us.  The list of contacts drawn up by Freda and Mary will help develop the regional structure mentioned at last AGM.  We also hope to put a face to face structure in place by holding meetings in the South, West and East.  He is excited by the progress that has been made and the thoughts of where we are going.

The minutes of the 2017 A.G.M. had been circulated prior to the meeting and are also available on the new website.  The Secretary’s report was distributed to the meeting.  They were proposed by: Richard Brickenden and Seconded by: Shane Bennett.

In the absence of the Treasurer the Accounts were presented by the President.  The only point of note was that the funding of €3,500 received from Npcpp was received after the year end.  Subject to accounts being audited they were proposed by: Richard Brickenden and Seconded by:  Alan Mulligan.  Dundalk Grammar School mentioned they have requested an invoice for Affiliation Fees several times but still have not received same.  The whole area of Affiliation Fees has been an area of much discussion within the Executive and now that Npcpp are becoming a more professional organisation it is time to look at the whole area and whether payment is made directly to them.

As Paul Rolston would like to concentrate on his role as Director of Npcpp so that value for Compass is also guaranteed with will not be going forward as President for the coming year.

Vice President – is the President elect and will be discussed by Executive.

Voted unanimously by the meeting

Voted unanimously by the meeting

Voted by consensus of the meeting

With agreement of the meeting the following are prepared to continue on the Executive Geraldine Neill, Mary Lillis and Alan Mulligan.  As there was no objection from the meeting they were duly elected.

Nigel Bannister Proposed by Mary Lillis and Seconded by Des

If any vacancy arises during the year for whatever reason Claire Cox would be willing to take up the place.  This was proposed by Shane Bennet and Seconded by Julie Carr.

The President then closed the meeting and thanked everyone for attending. 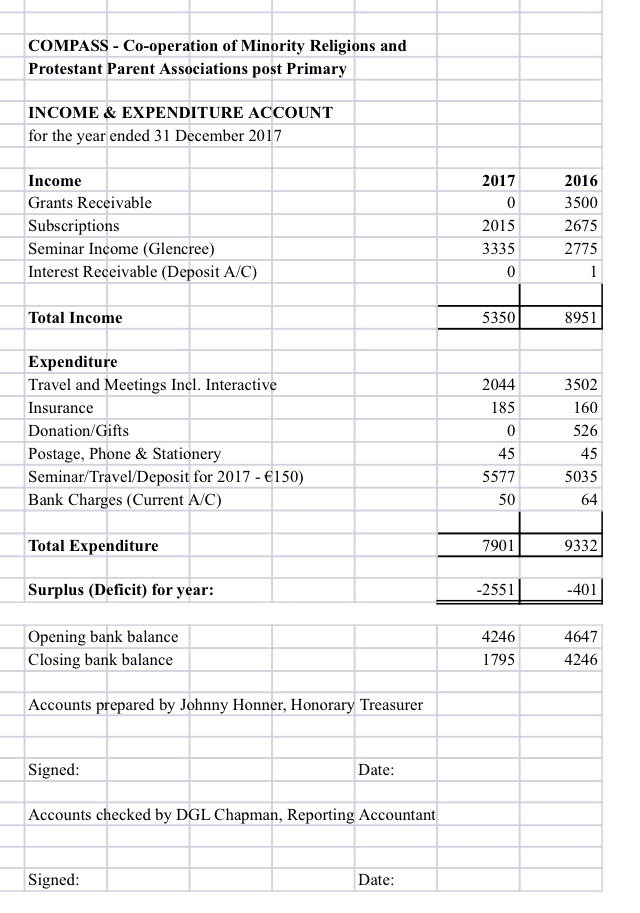